Harrison Parker had no family and no ties. She was invisible to be traced. Her job with the government was top secret. So secret that she only reported to two people. Now, she was the target and she had to figure out who wanted her dead. Hurt, and laying low, she reached out to the only man she trusted, an old man she had befriended in the cemetery, Sheppard Marshall.

Sheppard Marshall had been grieving the loss of his Millie for the last fifteen years. He would sit by her grave every day. He was an old man of ninety, and he looked forward to the visits he received from the sassy woman, Harrison Parker. Over time he had grown very fond of her, and when he received the message that she needed his help, Sheppard would help her or die trying.

His grandson, Sheppard or Shep, wasn’t letting the old man go alone. If he got hurt, Shep wouldn’t be able to live with himself. Even though the Marshall men were jaguars, that didn’t mean the old man couldn’t get into a situation that got him hurt or possibly killed.

The bullet had gone clear through, but the poison it had been laced with left Harrison with a high fever and near death. Shep didn’t know what this woman was into, but he knew two things—she was dangerous, and she was his mate. What kind of mess had the old man gotten him into now? 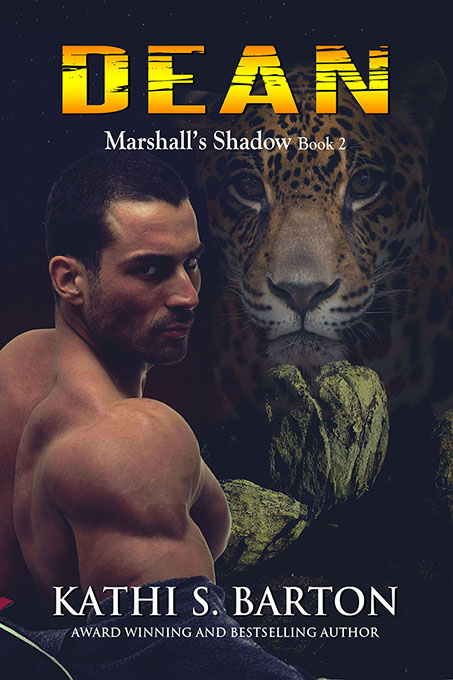 Isabella Booth was tired of all the sexist crap handed to her on a daily basis.  When her father wouldn’t even consider her as an heir to his lawn care business because she wasn’t a man, and left it to her brother Hunter instead, she had done the next logical thing. She opened her own lawn care business, and it thrived.

Dean Marshall was renovating his family home. As far as the landscaping was concerned, he was told to go big or go home. When Shep invited the owner of the landscaping company to his home for dinner, Dean wanted to be there to see about getting some things done for his place. He didn’t mean for his jaguar to knock the woman to the ground.

Bella was thoroughly pissed when the big cat ruined her jeans and favorite shoes, and when he announced that they were mates, Bella was seeing red. No way, no how, was she having another sexist, overbearing man in her life. Not if she could help it….