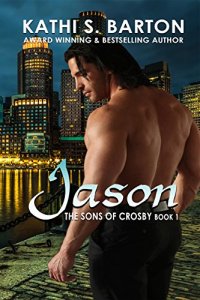 Spencer Graham had been trying to get a hold of Jason Crosby for weeks, but he didn’t seem to answer emails, mail or the telephone. She had an idea that would make them a great deal of money, but she needed him to invest in her project before it was too late. So, barging into his home at 4 a. m. was the only solution as far as she was concerned. She didn’t, however, expect him to answer the door naked and proposition her as soon as she walked in the door. Spencer did the only thing that came natural to her, she knocked him on his ass….

Jason Crosby was nearly two thousand years old, and in all his days as a vampire, he’d never seen anyone quite like her, not that he thought that was a good thing. He didn’t. She was his mate, and he was only going the tolerate her because he had to…. 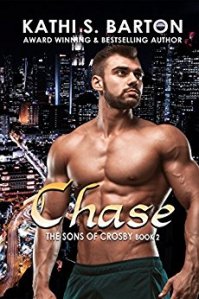 Chase Crosby didn’t know what he wanted right now. He was trying to get a grip on who his new mate was. He was told she was an ice dragon, but that wasn’t right either, she was a protector of the ice dragons. He had so many questions, and all he could do was sit there while she was locked away in his freezer to recover from her injuries.

Emerald was a warrior, and she had no idea what she was going to do with a mate. Even though the vampire appealed to her, she was worried the people chasing her would hurt him or his family to get to her, and she couldn’t allow that.

A Homeland Security Agent had gone rogue and he was after Emerald. He didn’t know exactly who or what she was, but he was going to prove she’d been around for centuries, and it didn’t matter who he had to go through to get to her.

Elliot knew the little boy, Cody, was in trouble. When he found the boy hiding out in his greenhouse, he could see that he was starving and battered. The boy’s little dog didn’t look like he was faring any better. When the boy’s father, Duncan, busted down the door of the greenhouse, Elliot had had enough.

Hannah didn’t have much use for her idiot brother, Duncan. And when she heard her brother had murdered his wife, and her nephew Cody was on the run from his father, she wasn’t surprised. She was surprised, however, and elated to find out her sister, Julia, was alive. Julia’s slimy ex-husband, Nathan, had Hannah believing Julia was dead.

Elliot was sent to bring Hannah back. Nathan had learned that Julia had left town and taking Hannah would be his leverage to make Julia do as he wanted. Elliot knew Nathan was on his way, and they had to hurry to keep Nathan from finding her. What he wasn’t expecting to find was his mate.

Hannah had had enough of men telling her what to do and finding out Elliot was a vampire didn’t make the situation any easier. He would take it slow and tread softly, or she would stake him, simple as that.

Finding out Nathan and Duncan had banned together spelled trouble for everyone. Even though Hannah was now immortal, Elliot still worried about her because she could still be hurt, and no one touched his mate if they wanted to live.

Misty Quartermain met Sean Crosby in college. One night, before they’d met, he’d saved her from a vicious vampire attack and after that they become close friends. He’d shared his family secrets with her and took a little of her blood so that they’d always share a connection. Sean knew Misty wasn’t his mate, but he’d always felt protective of her. A few years later, when Misty and her family were in trouble and on the run, Sean enlisted his family to come to their aid.

Grayson Crosby had always been somewhat of a loner. He mostly kept to himself but was there for the family when they needed him. Sean said he needed help to keep his college friend safe so Grayson was there for him, maybe not enthusiastically, but there. He heard Sean making the family introductions and came out of the kitchen. His beast suddenly had the poor woman backed into the wall.

“You said that she knows all about us?” Sean said that she did and that he was terrifying her. “Yeah, I know, but my beast, he won’t let me go enough to help her.”

“Well, let me help you then. I’m sick of men running over me.” Misty doubled up her fist and hit Grayson square in the nose. Then, when he was going back, she swung her leg around and did a round house slap with her foot to his head. He went to the floor in a thud, breaking the end table behind him. 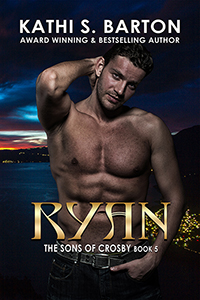 Melody Harmony had had a rough start. Mel had lost her parents young, and she fell in love hard and fast only to lose both her new husband and her unborn child to a drunk driver. As a result, Mel didn’t have much use for many people.

Mel loved kayaking on the river. On her morning run, she found a floater and called it into her friend at the sheriff’s office. The mayor showed up instead and cut the body loose and proceeded to fire her and her friend for their troubles.

Ryan Crosby was one of the two remaining Crosby brothers who hadn’t found their mates. When good friend and family, Jamie Nash, told Ryan his friend Mel was in need of a good attorney, Ryan was more than happy to help.

But when Mel showed up for the meeting, expecting to get things underway with the attorney, she was floored when his handshake nearly took her to her knees. The man uttered several times that they were mates. She wasn’t entirely sure what that entailed, but she was sure she wanted no part of it.

With the mayor harassing her daily, and a new mate sniffing around, Mel had some decisions to make fast. The only problem was, it might be too late to do anything about either one of them….

Rachel Daniels was in over her head, and it didn’t take a genius to see it either. Her niece and nephew had been through a lot, and it was up to her to take over where their mother had failed them. Now finding out that she was Sean Crosby’s mate had her head spinning. She was just getting used to the idea of being a mother. Taking on the role of being a mate to a vampire was another daunting matter.

Sean Crosby had always been considered a loner. Now finding himself with a readymade family, Sean couldn’t be happier.

Sandy Farley didn’t really want her kids back. She only wanted the benefits of having the kids gave her. And if it took ruining Rachel’s good name to make things go her way, she was all for that too. What did it matter if her lies sent Rachel to jail? She killed Rachel’s brother. She would kill her too.